This project was developed for Web Development II subject, in 2019. The goal was to create a fully-functional social network with posts, likes, comments, friends and notifications. Also, allowing the user to upload differnt types of files within a post. As an extra we decided to add a "Online Friends" list that updates in real-time and a dark mode theme. Previously this project was named Pandagram.

These screenshots were taken from the final version of the project: 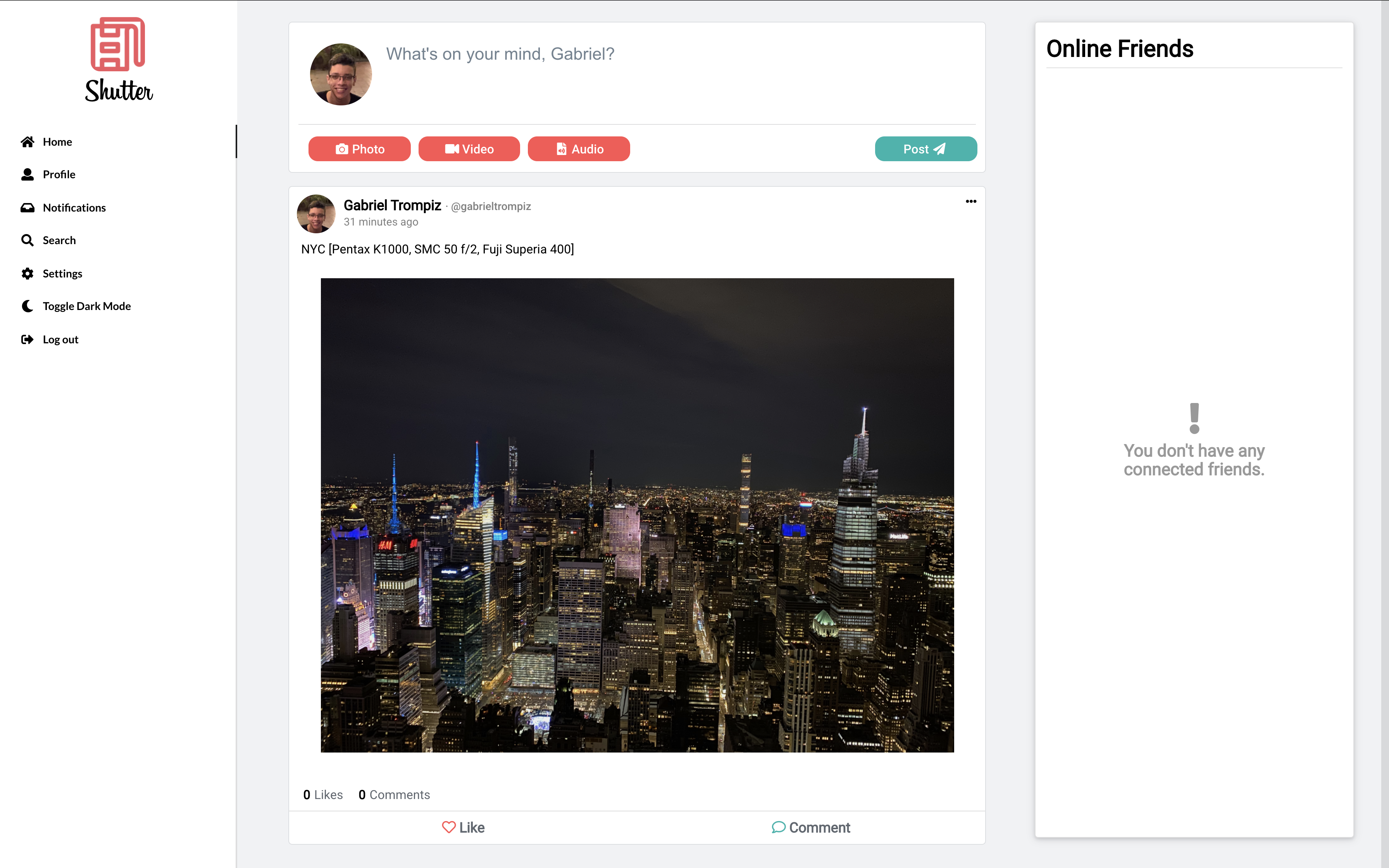 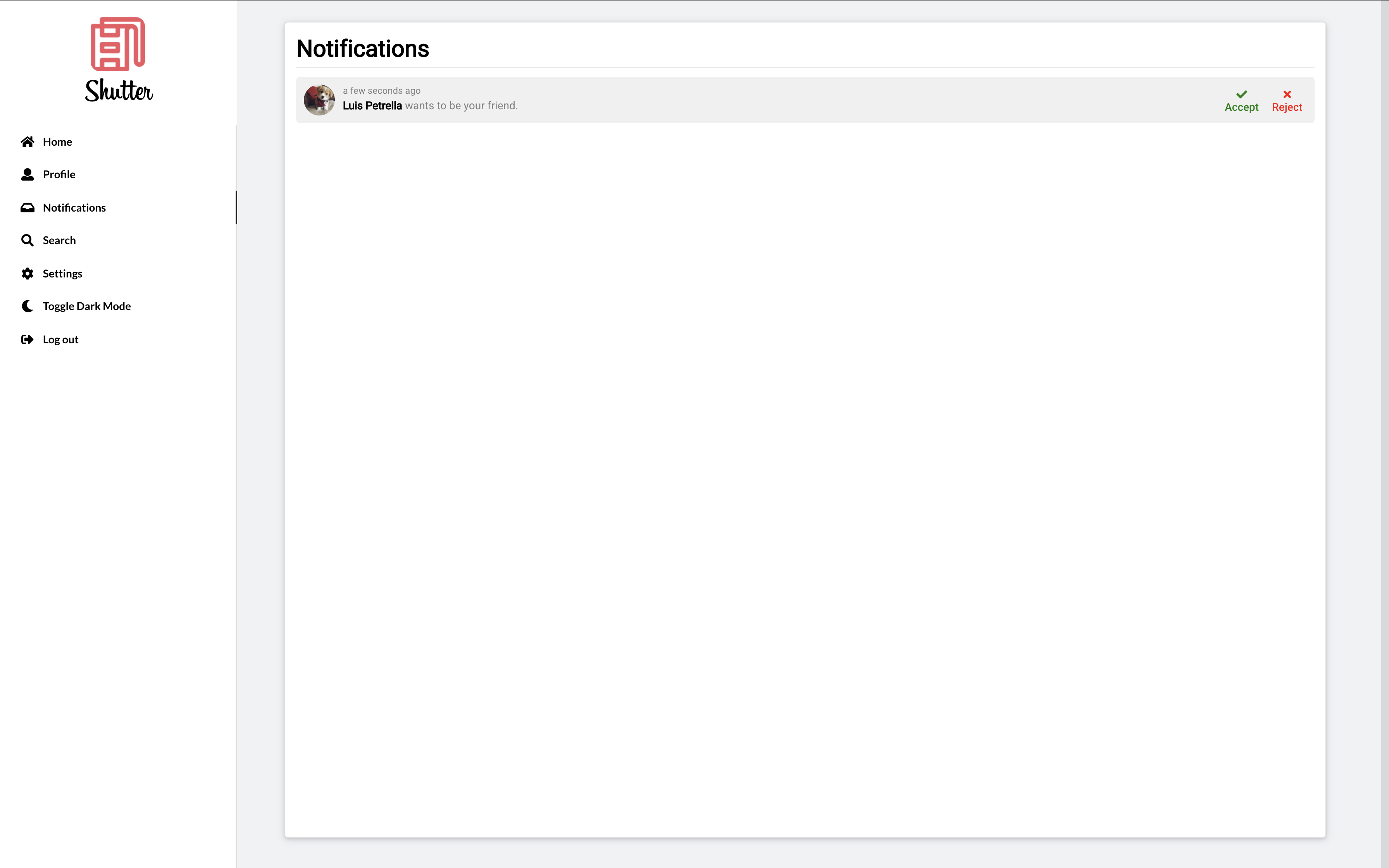 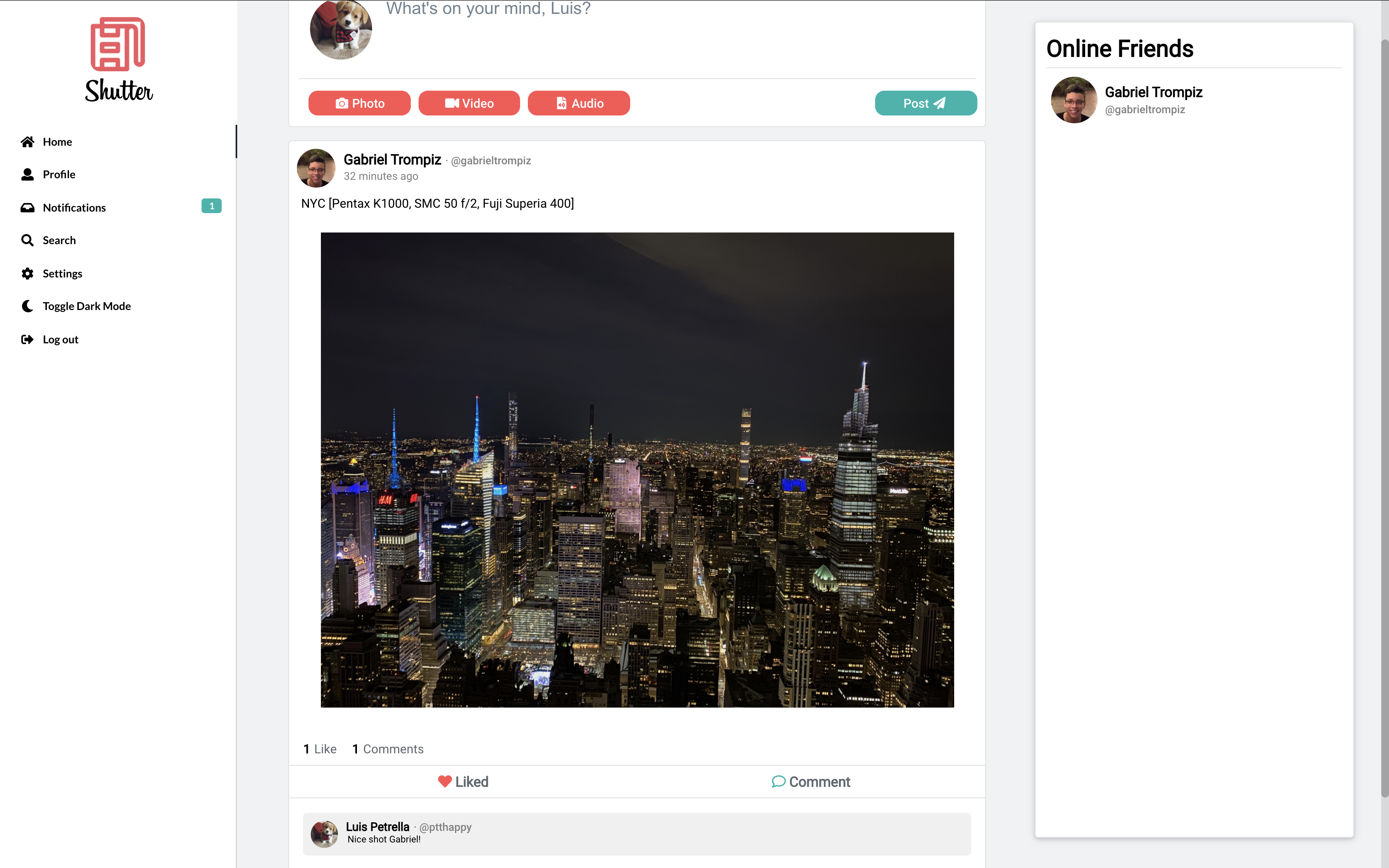 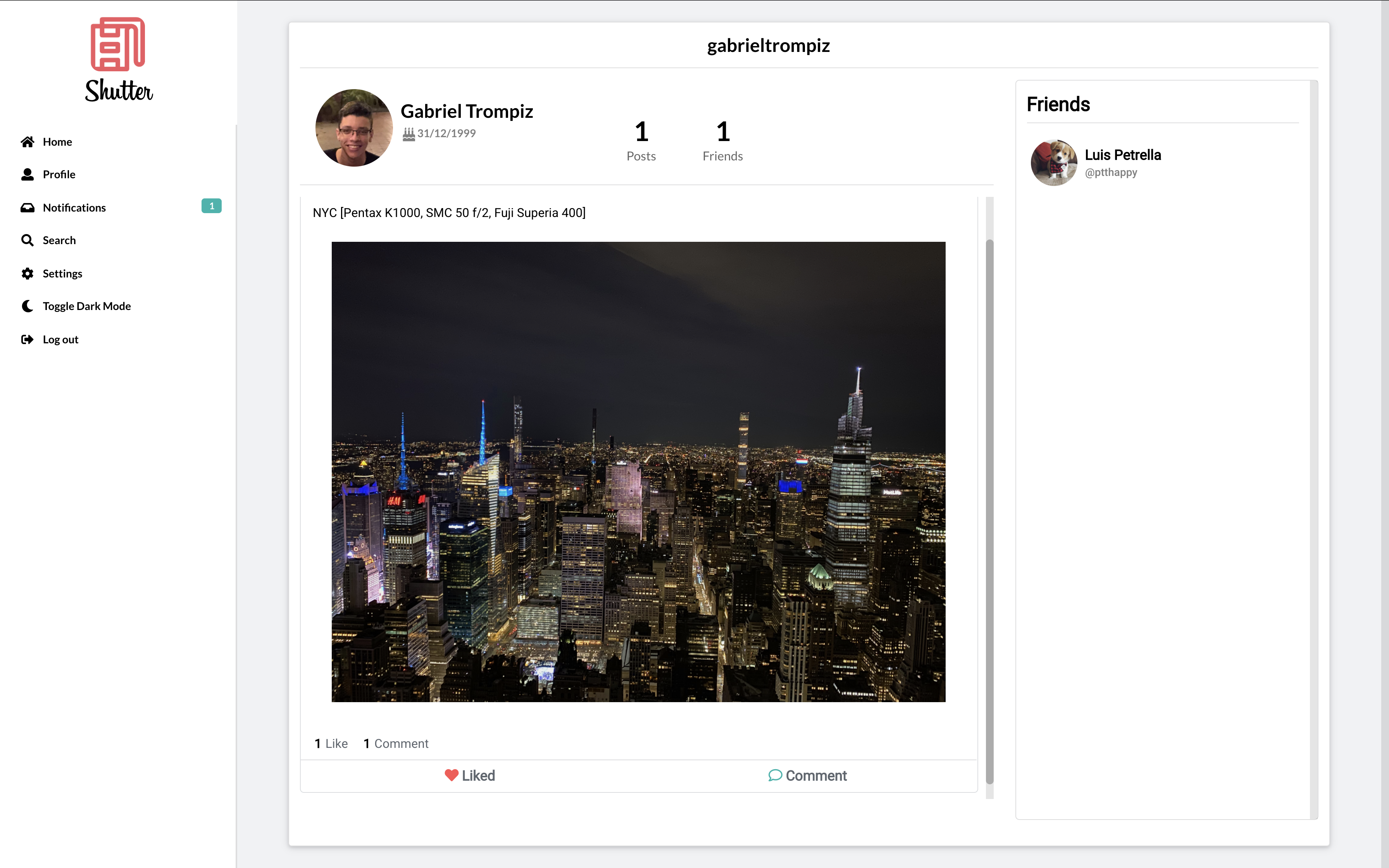 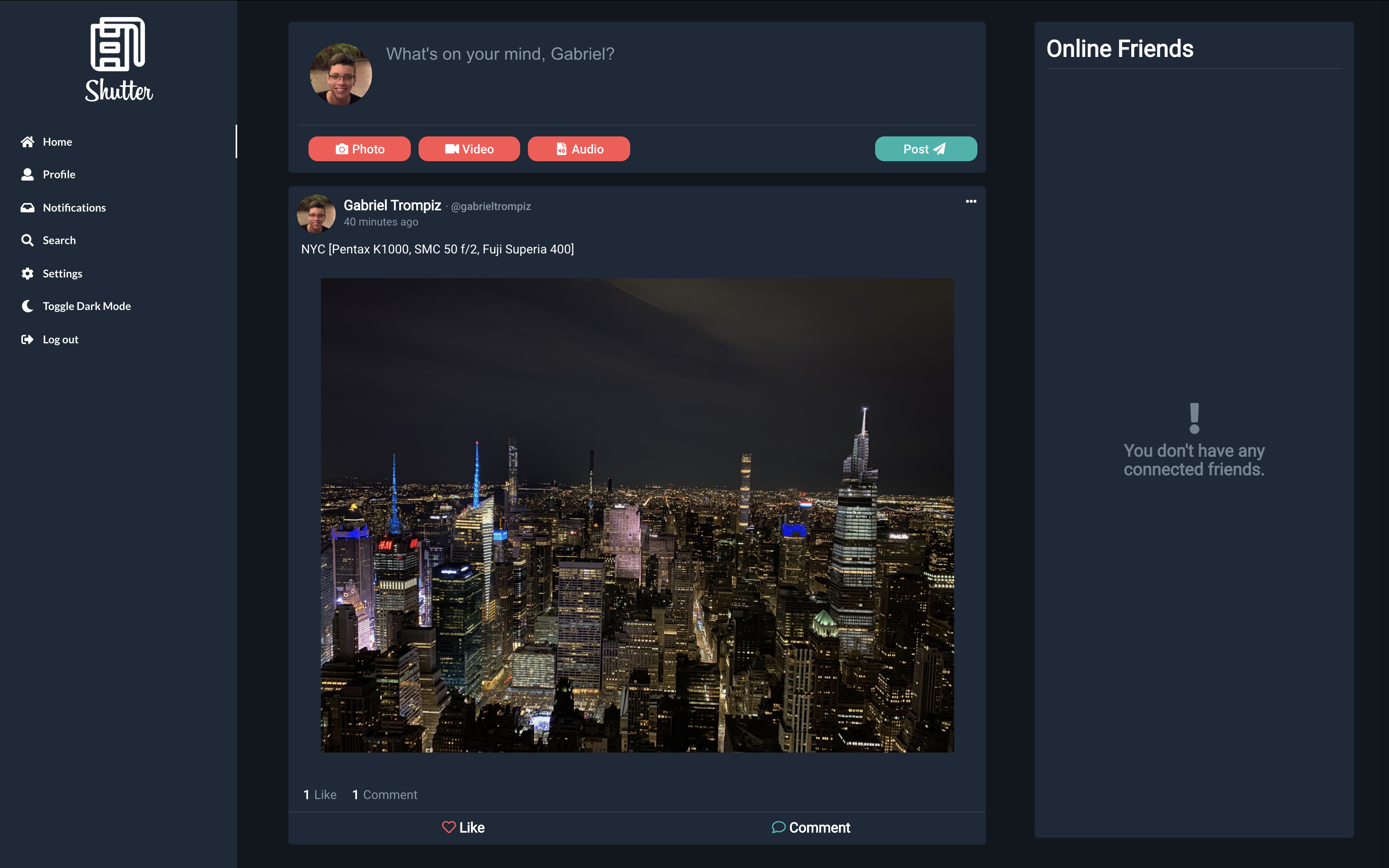 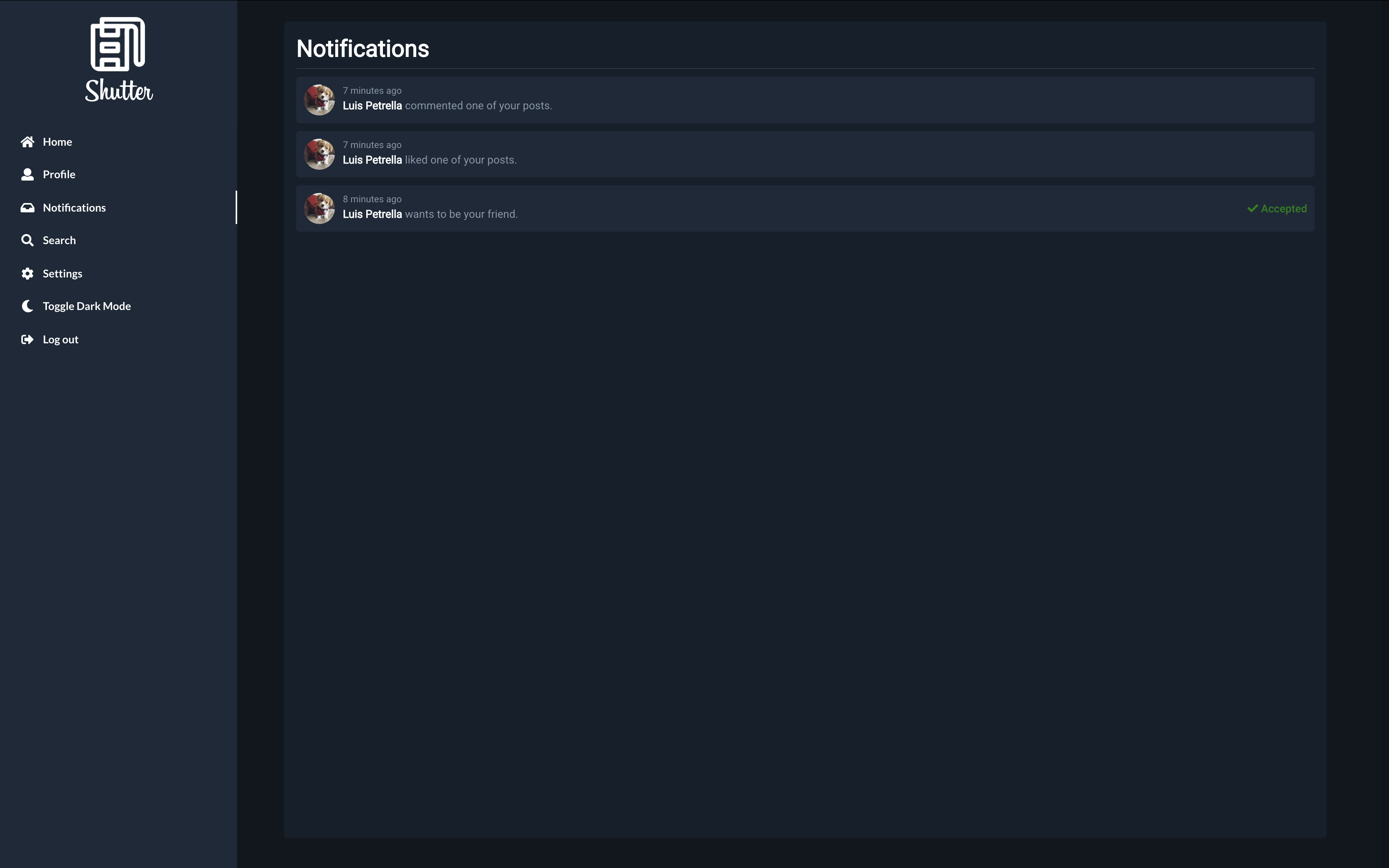 The server should be built and run in a Tomcat server. For the front-end:

Launches the react application in the browser using CRA.

Builds the app for production to the build folder.

It correctly bundles React in production mode and optimizes the build for the best performance. The build is minified and the filenames include the hashes.

Launches the test runner in the interactive watch mode.

Note: this is a one-way operation. Once you eject, you can’t go back!

If you aren’t satisfied with the build tool and configuration choices, you can eject at any time. This command will remove the single build dependency from the project.